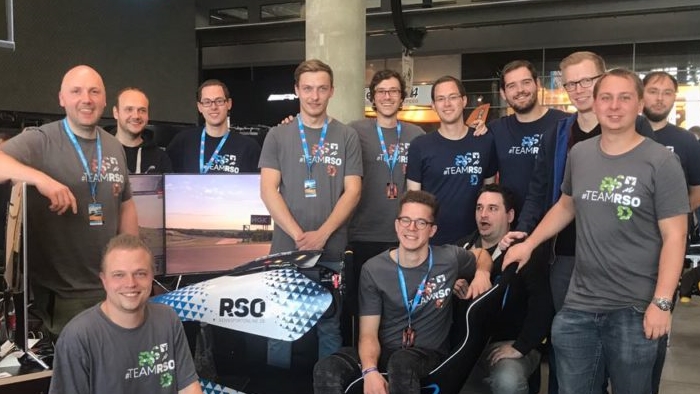 Mightily impressed by Rennsport Online not just on the track but off it as well. RSO are a team fantastically managed right from the very top with Manuel Sudau at the helm with the second biggest finances for a pure Sim Racing team, and then to the level of dominance they showed over the year within the MX-5 which turned the phrase, “how do you stop team RSO?”

Its been a joy to watch the Czerny twins, Alex and Tobias have great scraps all year, as it has been to watch Patrick Langkau and Elmar Erlekotte make the VLN look so easy. Cap that off with the shattering of the Dream Factory as they would take the 24 Hours of Spa in the final stop. RSO have a fantastic group initiative and have the resources to do whatever they want and I think RSO will be remembered as a team that will pioneer Sim Racing for years to come as they set a blindingly bright path behind them. Also the one criticism would be to make a massive push for Blancpain in terms of getting trained in GT3 pace.

Overwhelming is understated, for this unbelievable comment and opinion on our 2017-season

Thanks to the SimRacing Observer, Jake Sparey, iRacing and RaceSpot TV, Rennsport Online is honoured as the sixth best SimRacing-Team of the year 2017 – worldwide!!! Just WOW! Of course our dominating performances of our Mazdaflies during the entire VLN-season and claiming the title in the Mazda-class was core to put us on the screens of the SimRacing world. Our little ones even managed to win the official iRacing 24 hours of the Nürburgring for the second time in a row after 2016! However, our suprising overal victory of the official iRacing 24 hours of Spa-Francorchamps crowned our on-track performance of 2017! But also our massive effords beside the virtual tracks including the discussion panels at the SimExpo in September, the keynote at the Zurich Game Show in October and our strong partnerships and cooperations were appreciated by the SimRacing Observer!

What is a nice snapshot right now and makes us very proud, is even more a motivating start for our year of 2018! We will continue to work hard and find our way in what is a dynamic and challenging market: SimRacing is on the rise! 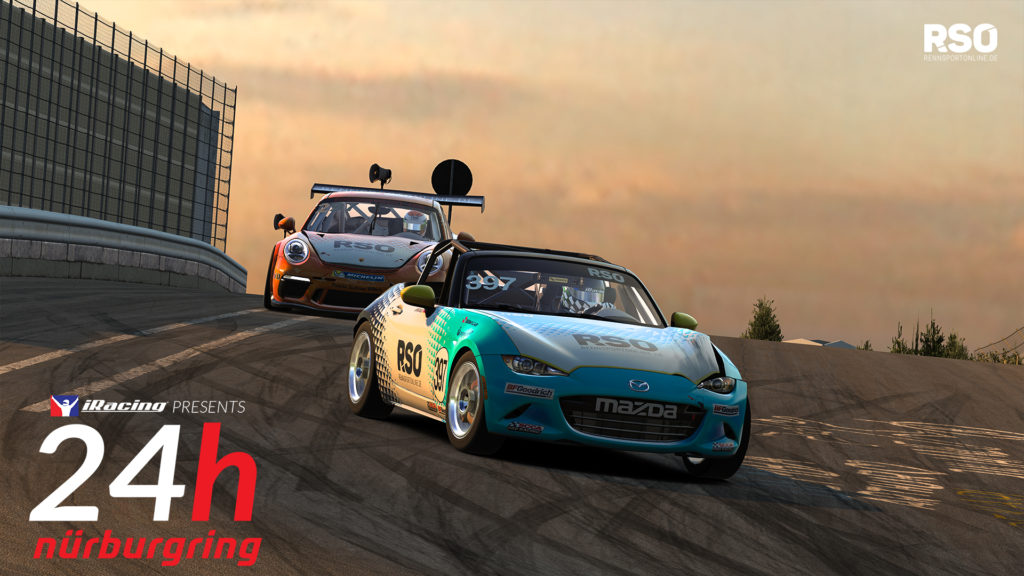 Nürburgring: For the second time in a row our Mazdaflies won the 24 hours of the Nürburgring! 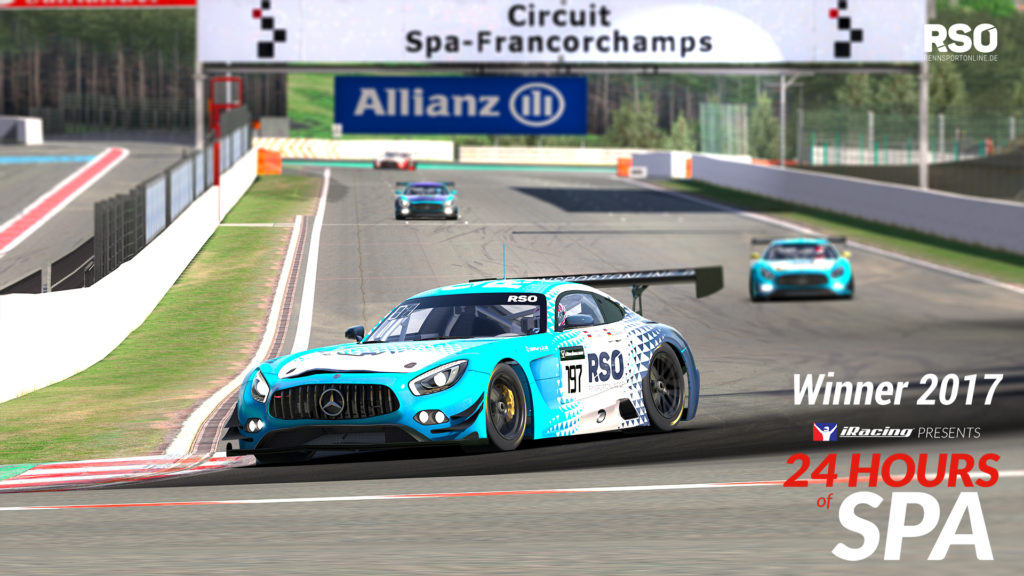 Spa-Francorchamps: surprisingly but well deserved we managed to take the overall victory of the 24 hours of Spa!