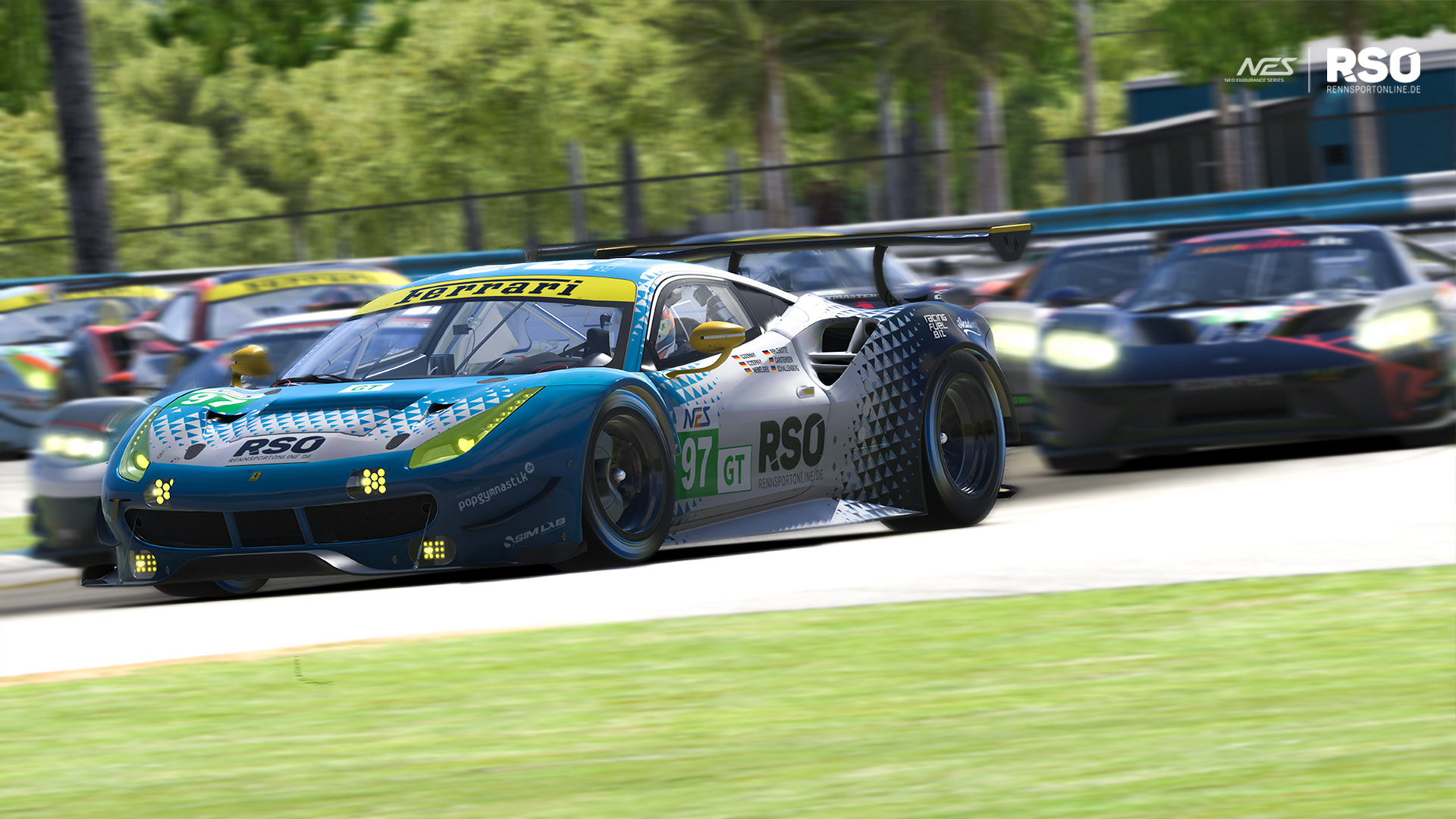 Under the organization of Niel and his NEO-team, the fourth season of the NEO Endurance Series offers 54 hours of intense racing with three stunning cars separated in two classes. The season will last from October 2017 to March 2018 and all races will be broadcasted by Racespot TV. Within only three years, the NES established itself to be one of the best online racing series worldwide and it therefore is a great honor to be part of it. During our debut season last year we had to learn many lessons but could steadily improve throughout the season, finishing on P6 in GTS-class and hence, winning a wild card for this season. However, we wanted to enjoy another entry and had to qualify a second car during the tough pre-qualifying in September, and yes: we did it! Rennsport Online will be represented in each of the two classes and try to show another successful season! During the season we will provide you with race reports, stats and results on this page and keep you updated about our progress. 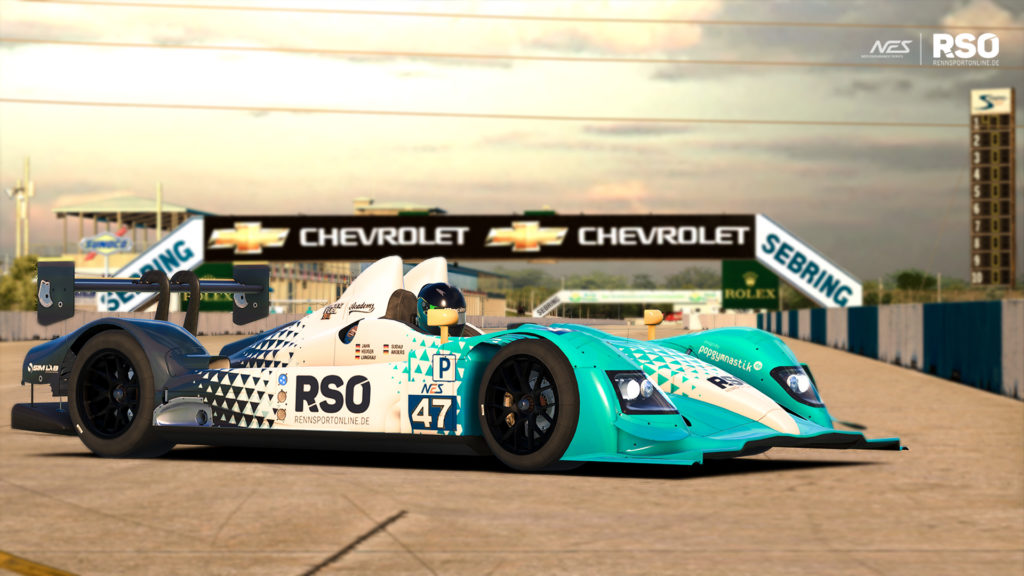 It already is an honor to have a second car qualified in the fourth season of the NES. On our search for new challenges Rennsport Online aims a Top 10 season finish in the fastest class. With almost no experience in the prototypes the quintet of Stephan, Markus, Patrick, Tino and Manuel have to show a steep learing curve over the season. And yet Markus and Manuel already flashed their potential on a prototype car when they finished the top split race of Watkins Glen on an outstanding podium spot. Beside that Tinos, Stephans and Patricks talent is out of discussion. However, NES is different: a fully packed field with the best SimRacers worldwide will challenge them to the most!

The HPD ARC-01c requires a completely different driving style due its high level of downforce and strength under breaking. Already the opening round on the bumpy Sebring International Raceway will be a first benchmark, where traffic management skills will decide over the race result. Driving the fastest car on track will be a beneficial seat when it comes to overlapping of the slower GT-cars and the race distance of six respectively 24 hours will be an advantage for our squad, too. Every time when it comes to strategy and endurance races, Team RSO is a team to watch out! We are curious how the five of them will develop throughout the season and very pleased to feature two cars in what is the unofficial endurance world championship of iRacing! 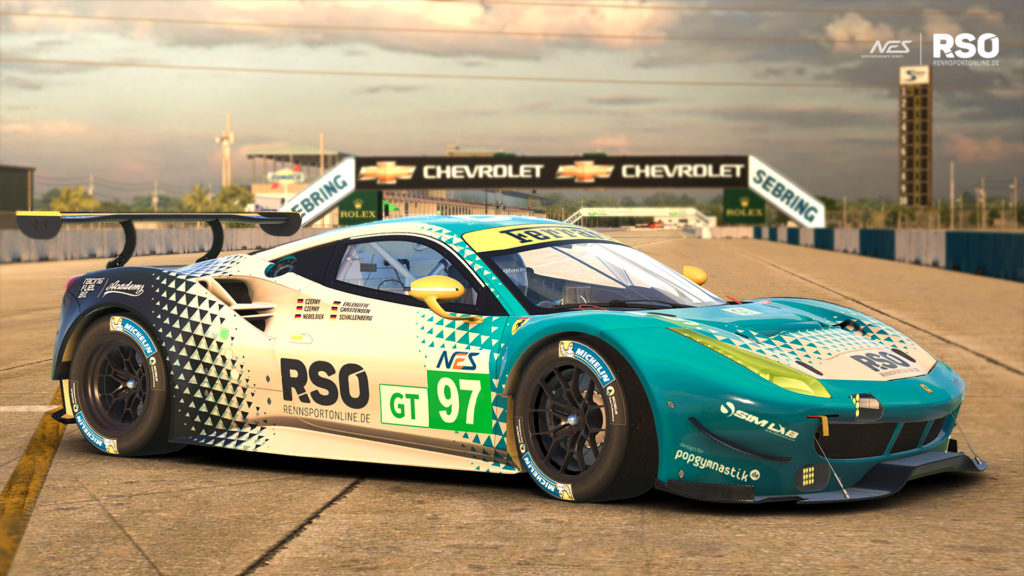 It is always enjoyable to race an Italian race car like the 488 GTE, a true race car with no break assistant system and designed to race at the highest possible level! It is even more enjoyable to do so in the NEO Endurance Series, in the middle of the elite of SimRacing. The super competitive GT-class will be spectacular to watch and our #flyingtwins, Phil, Cedrik, Nils and Elmar will have to reach their limits to be competitive. How close GT-class will be during the season was obvious during the official qualifying in September already, when the Top 20 cars were within one second on a 10-laps-average! Good, our #97 was already qualified due to their wildcard entry, earned through a great 2016/17 season!

Compared to our HPD-team, our Ferrari-drivers already have some experience on the Ferrari, and showed great performance during the official 24 hours of Le Mans, at least for 1,5 hours until the race was stopped; you know the story. But, for the same reason there is almost no experience teams can rely on in terms of the performance against the Fords. It will be interesting, how the Ford GT-teams will play their advantage of a 8-litres bigger fuel tank. We expect this years GT-class to be ultra-exciting, with endurance-hotlapping on the one hand and strategic battles between two different cars on the other hand, all this among worlds best SimRacing teams. However, we are keen to fight for a Top 10 season finish in this class, too. 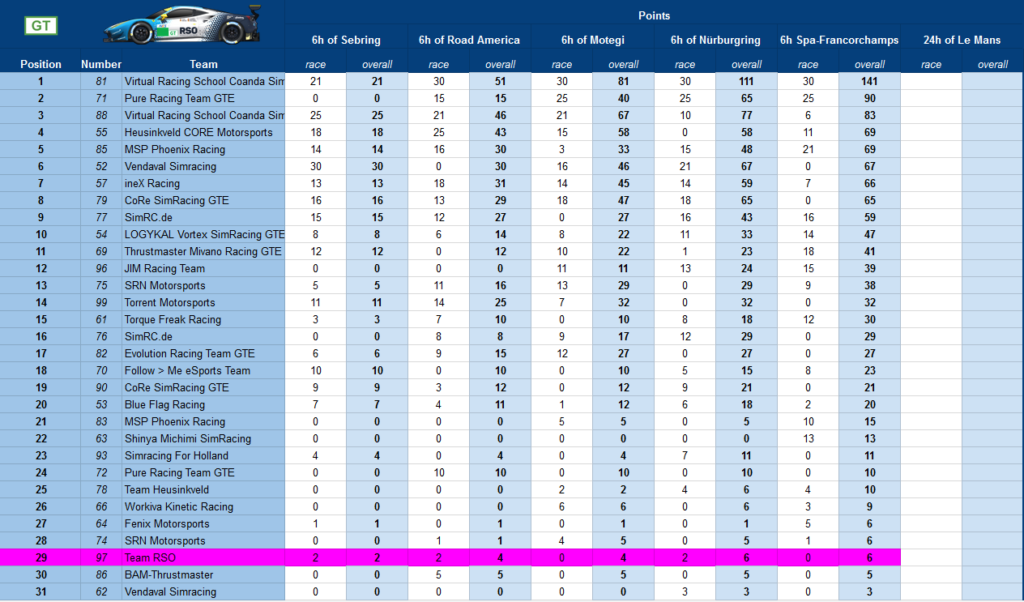 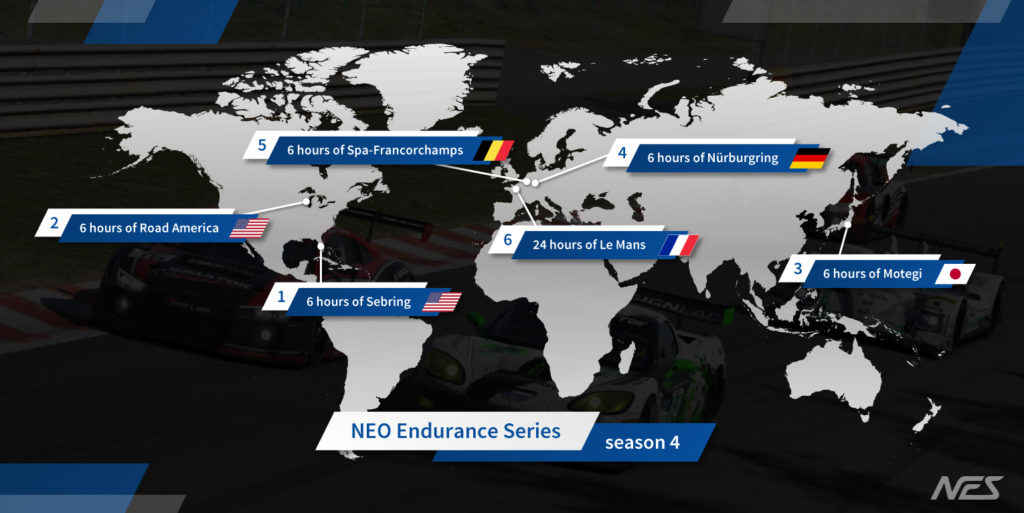 Around the World: the NES teams will compete on six of the most wonderful racetracks of the northern hemisphere! © www.neo-endurance.com

The famous NEO Endurance Series has two different classes for its fourth season: Prototype (P) and Grand Touring (GT). Already last season the ultra fast Honda Performance Development (HPD) ARX-01c will be the only car in prototype class. The stunning V8-fired HPD ARX-01c is a LMP2-like prototype with an open cockpit designed to perform! Despite the fact, this car was developed already ten years ago, it is still convincing on track: 480 BHP of the 3.4L engine accelerate the lightweight of only 825 kg. Combined with its huge downforce, the HPD is a true challenge for the drivers, especially when it comes to laptraffic where high corner speed and short breaking distance have to be played-off smart.

In contrast, the Grand Touring-class (GT) features two purebred and modern race cars. The NES-GT-teams choose from the V6-fired Ford GT GTE and the V8-fired Ferrari 488 GTE, both are true Le Mans GTE-class legends! The Ford has a spectacular design with an almost prototype-like tail. The mid-engined and only 1 m tall American is fired by a 3.6L Ecoboost engine with 530 BHP. His contender is a typical Italian beauty: The Maranello-original has a screaming 4L twin-turbo engine with 530 BHP under its well shaped chassis. In the past, both cars had thrilling battles on track and we are very looking forward for the virtual sequel.

For more information, visit the official homepage of the NES: https://www.neo-endurance.com/ 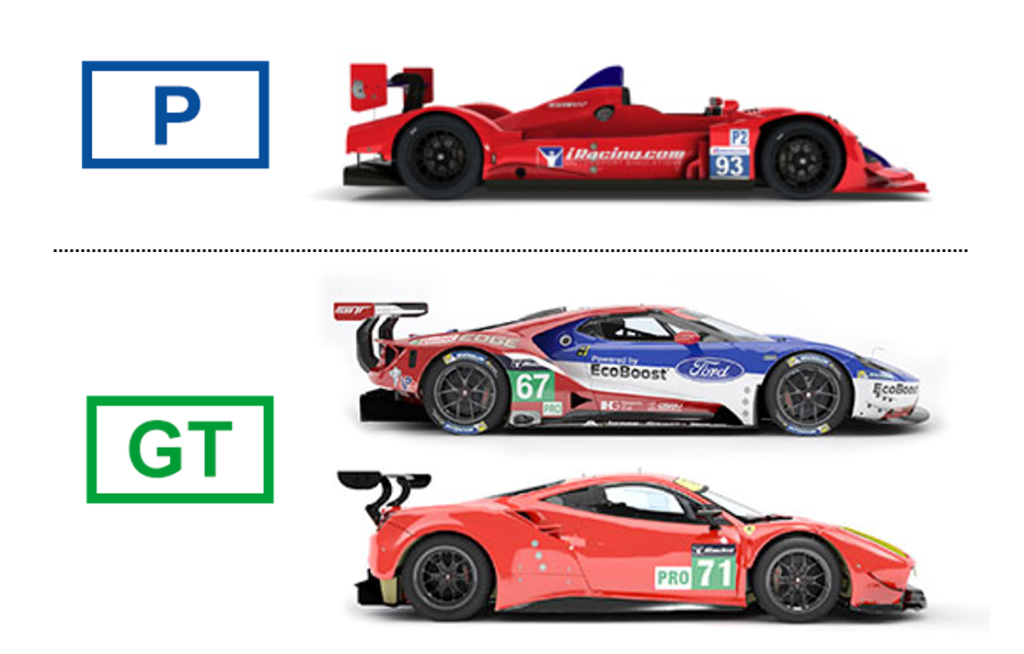 Multi-Class at its best: three cars in two classes will compete within the NES – Honda, Ferrari, Ford…what a sound! © www.neo-endurance.com